The MED-EL RONDO 3 processor has received FDA approval.  This means that the company is allowed to market the processor in the United States.  Look for clinical availability soon!

Exciting news is on the way from Advanced Bionics, Cochlear, and MED-EL!  AB and MED-EL are on the verge of introducing new processors, and Cochlear is making the Nucleus 7 and Kanso 2 processors available to N22 recipients. 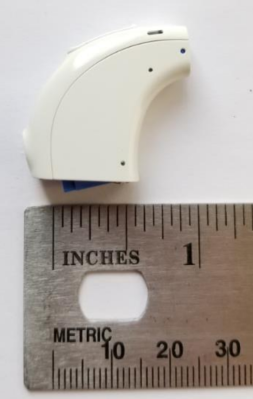 The United States Federal Communications Commission has approved the radio-frequency components of a new family of processors from Advanced Bionics.  According to the report, there will be three versions, presumably offered in different markets around the world, and with different feature sets.  The three processors are identified as Naída CI M30, Naída CI M60, and Sky CI M90.  The accented character isn’t in the FCC documentation, but the assumption is that it will mirror the current family of processors.

More information is sure to be coming from Advanced Bionics.  But based on sister company Phonak’s Marvel line of hearing aids, the M series will likely include direct wireless streaming from both Android and iPhones.  And it appears they will be somewhat smaller than the current Q series processors.

See the press release for more information.  And this helpful Cochlear processor comparison chart describes the differences between your current processor and the Nucleus 7 or the Kanso 2. 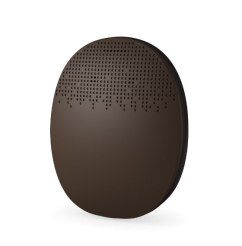 The new RONDO 3 has its own page on the MED-EL web site!  The processor has a high-tech look with its array of holes.  And it introduces a second microphone so that it can focus on sounds coming from directly in front, which is helpful in noisy situations.  The rechargeable battery life is up to 24 hours, while that of its predecessor was up to 18 hours.

Wireless streaming is accomplished with an intermediary device, the AudioLink.

While MED-EL claims that the Rondo 3 is compatible with all hearing aids, the only compatibility is that you can wear any hearing aid on one side, and the RONDO 3 on the other side.  There is no provision for the RONDO 3 and any hearing aid to stream from one side to the other, to work in concert on noise reduction strategies, or to stream to both side simultaneously, unless the RONDO 3 has a telecoil.