Some people experience an occasional ringing (or roaring, hissing, buzzing, or tinkling) in their ears. The sound usually lasts only a few minutes but can be persistent or permanent. Ringing in the ears that does not get better or go away is called tinnitus. You may hear a sound, such as a ringing or roaring, that does not come from your surroundings (nobody else can hear it). The sound may keep time with your heartbeat, it may keep pace with your breathing, it may be constant, or it may come and go. Tinnitus is most common in people older than age 40 and is suffered by 15% of the population. Men have problems with tinnitus more often than women. 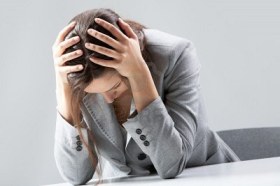 The most common cause of tinnitus is inner ear damage.  Other factors include age related hearing loss, exposure to loud noise, stress and depression, Meniere’s disease, high blood pressure, wax buildup and some medications such as aspirin. Although tinnitus is not a condition, it can be a symptom of an underlying condition.

While there is no treatment or cure for tinnitus at this time there are some things that an individual can do to help minimize the challenge.  Simple things like one’s diet can play a role in the tinnitus. Some possible sources of tinnitus aggravation, e.g., salt, artificial sweeteners, sugar, alcohol, prescription or over-the-counter medications, tobacco and caffeine. Reducing the amount of salt and caffeine intake can help alleviate tinnitus.

There are two types of tinnitus.

In either case, you should see your doctor if it occurs suddenly or worsens.

Studies have been conducted which included the use of cochlear implants to help reduce or mask tinnitus.  Even though the primary objective of a cochlear implant is to assist people with a hearing loss, it has been found that they can effectively reduce or suppress tinnitus.

There have been situations where even though CIs reduce or suppress tinnitus when worn, the user will experience a temporary increase when taking the CI off.  That is more of a perception than the actual symptom.  It’s like after spending an entire day outdoors wearing sunglasses you go inside and take them off.  Your eyes take time to adjust to the change in the lighting conditions.

Users have also complained of increased tinnitus after surgery but as the healing progresses, it gradually decreases or goes away altogether.  There have been reported cases where CIs have caused or worsen tinnitus.  This occurred in 12% of the participants of one study [1].